Watch Dogs Legion Leaks Before E3 2019, Will Appear At The Show

[Update: Without diving a great deal into specifics, Ubisoft has confirmed Watch Dogs Legion. A tweet on the official Watch Dogs account includes a brief video that might contain some teases, but more important is the accompanying message that confirms a reveal at E3. Notably, the message also reads, “God save the NPCs,” perhaps confirming some of the details below concerning the ability to assume control of any character in the game world. We should know more in just a few days’ time, as Ubisoft’s press conference is scheduled for Monday, June 10.] 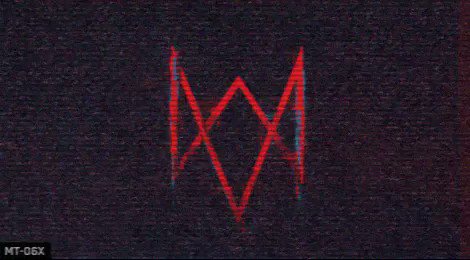 It appears another one of Ubisoft’s big E3 2019 surprises has leaked before the big show. Following the accidental reveal of a roller derby game, Amazon UK posted a product page for Watch Dogs Legion, which is apparently set in London. The listing was originally spotted by and reported on by The Nerd Mag. The game’s product description states that the game will riff on current events, and in particular the potential outcome for the city should Brexit come to pass.

“Watch Dogs Legion is set in a near-future, dystopian version of London. It’s a post-Brexit world in which society, politics, and technology have changed and altered London’s fortunes,” it says.

Something might be off with the product description, but the London setting had been rumored for many months already, while Kotaku’s Jason Schreier reported today that Watch Dogs Legion is indeed the title of the game and London is its setting.

Perhaps the most interesting part of Watch Dogs Legion is who the main character is: anyone. The product description states, “Play as anyone, Every individual you meet in the open world, has a full set of animations, voice over, character traits and visuals that are generated & guided by gameplay systems.”

Kotaku reports that it’s also heard this about Watch Dogs 3, and that some parts of the game will play out different based on the civilian you choose to play. The system underpinning this is apparently very ambitious, so much so that it’s led to at least one delay.

The first Watch Dogs was set in Chicago, with Watch Dogs 2 moving to San Francisco.

Watch Dogs Legion is not the first Ubisoft game to leak before E3 this year. A roller derby game called Roller Champions is also reportedly set for a reveal next week. Ubisoft’s E3 press conference is scheduled for Monday, June 10; assuming both of these leaks are accurate, we’ll likely be hearing about them during that stream.

Watch Dogs Legion and Roller Champions could be two of Ubisoft’s three unannounced games scheduled to release between January and March 2020. Ubisoft didn’t confirm any details for what the three games are, other than all three would be full-priced releases and all be different genres (a specific phrase used was “unique experiences”).

There is no word yet as to when specifically Watch Dogs Legion will release or what platforms it’ll be on. A spokesperson for Ubisoft told GameSpot that the company does not comment on rumors.