It’s open season on email hackers, tracking cookies and Facebook shadow profiling as our favorite open-source software makers at Mozilla have released a series of updates for its Firefox web browser, Firefox Monitor service, and its Facebook Container, as well as rounding out a series of mobile password managers with a new extension called Firefox Lockwise.

Mozilla actually has a history with password managers for mobile platforms, having launched the Firefox Lockbox app for iOS last summer and for Android this March. Ironically, the desktop version of Firefox has lacked the ability to autofill account credentials that have been previously used in the browser. With the new Lockwise extension rolling out today, that feature finally comes to the desktop and the Android and iOS apps have been renamed to align with the new brand. 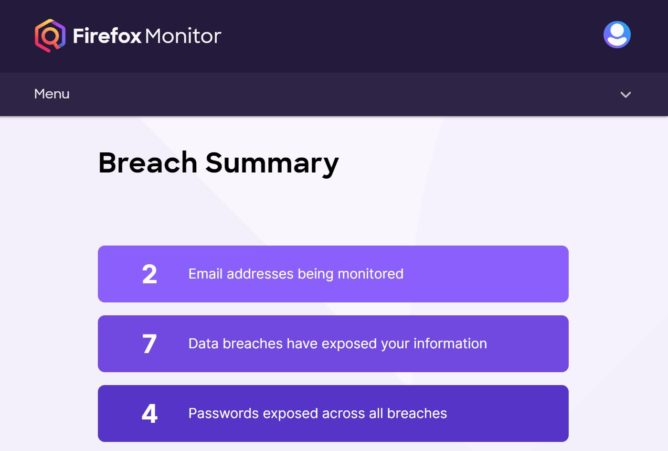 The company has also updated its Firefox Monitor site, which sources its information from the data breach tracking project “Have I Been Pwned” and is able to alert users if their email address has been compromised as new breaches are reported. Mozilla has installed a new dashboard that will let users to manage multiple email addresses at once. 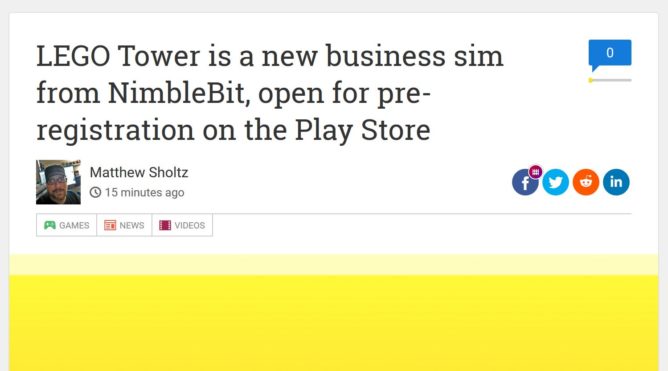 Mozilla has also updated its Facebook Container extension, which blocks the social platform from tracker its users’ activities on the site and on external links. It is now able to stop Facebook from collecting data wherever its sharing APIs are used. That means if a news site or blog (even ours) lets you share and like a post on Facebook, the company won’t be able to pull data and attach that to your profile or, if you don’t have an account, build a shadow profile on you. You’ll know that the container is working when you see the fence icon above a Facebook button, as you see above. 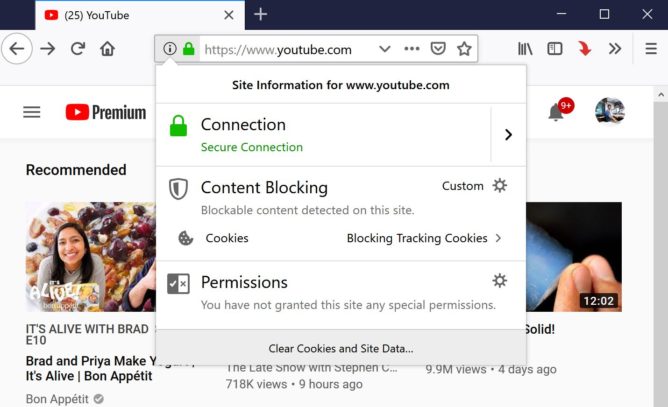 The biggest change from Firefox is that it’s about to turn on new anti-tracking measures that were promised last August. Enhanced Tracking Protection mode automatically blocks cookies listed by partner organization The Disconnect List to protect user privacy and improve page load times. Users will be able to see what trackers have been blocked by clicking on the ‘i’ symbol in the address bar. 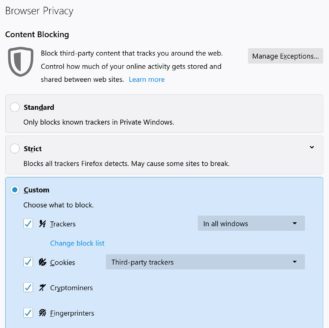 New installations will already have ETP turned on by default. Existing users can turn on ETP manually by heading to the Content Blocking section in the browser settings and clicking on the Custom box. Users should mark the Cookies checkbox  and select “Third-party trackers” from the adjacent drop-down menu. Every user will eventually have ETP turned on by default in the next few months.

Android users have already been able to block trackers with the Firefox Focus browser, though nearly all of the features in that app are concentrated on privacy. Mainstreaming ETP on establishes a new baseline on that front for more users while keeping Firefox’s flexibility.